Neurologist Emile Keuter, a “prominent” figure in the Medically Unexplained Physical Symptoms (MUPS) world, establishing MUPS guidelines in the Netherlands and a proponent of the CBT/GET model for M.E., wrote a response on Medisch Contact. He referred to the ME community as the “militant CFS/ME community”. He ends the blog by claiming that CBT seems to be reasonably effective against physical fatigue but not with ME patients and makes the suggestive remark by saying “You may guess why”. Below is my response. Blog: Google translated/ original version

Thank you for your blog. My name is Anil van der Zee, former professional ballet dancer and now bed-bound M.E. patient. Perhaps I even fit in with the “militant CFS/ME branch”. But more about that later.

Your blog actually starts with a hypothesis about what you think Myalgic Encephalomyelitis (M.E.) is or as you refer to it Chronic Fatigue Syndrome (CFS) and what might be perpetuating the condition. It’s a hypothesis because the evidence does not really exist. But okay. That is fine. No problem.

Then you switch over to Nijmegen. I assume that you refer to the Dutch Chronic Fatigue Knowledge Center (NKCV). If not, I stand corrected. You talk about Facioscapulohumeral Muscular Dystrophy (FSHD) and how objective progress was achieved after CBT and GET treatments. You have written about this in previous blogs and they appear to provide some interesting results. My only question is whether it was actually the CBT that was the reason for the progress, as you mentioned in your blog. Of course, the GET (AET) group did exercises, but also the CBT group. So was it really just a CBT body & mind thing, or was it really just because of the exercises as they had similar results???

What alarms me personally, and not just in this blog, is that you predominantly link M.E. to chronic fatigue (CF). As you may notice, I always say M.E. purely because I wouldn’t call fatigue, or let’s call it extreme exhaustion, my biggest problem. In addition, I think that the name CFS marginalises the disease.

The Institute of Medicine, IOM, wrote a report in 2015 attempting to change the name Chronic Fatigue Syndrome (CFS) to Systemic Exertion Intolerance Disease (SEID) to reaffirm that the core symptom of this disease isn’t CF, but Post Exertional Malaise (PEM), becoming more ill and an exacerbation of symptoms after a slight physical or mental exertion. Here’s a great explanation from Medscape.

The core symptom of this disease isn’t chronic fatigue, but Post Exertional Malaise.

Mr. Faas’s blog wrote about the PACE trial and how huge “errors” were made, or rather the post-hoc manipulation of data to get better results. However, this trial is not the only trial that suffers from these issues. The problem also happens here in the Netherlands and, in fact, in Nijmegen, which you refer to as a high quality institute specialising in CBT. Eek! The Dutch researchers are also known to be good friends with the PACE trial authors. Here’s a good blog about this issue by Dr. David Tuller who holds a position at the University of California, Berkeley. Part 1  Part 2, Part 3.

Apart from focusing primarily on only the results, there are a few additional aspects that I am particularly concerned about.

First of all in these studies, there is no or barely any distinction made between people with CF or people with ME or CFS. This is exactly like how I noticed that you actually only refer to CF when you say CFS. But that’s incorrect. It creates a very heterogeneous cohort where a portion of the participants do not actually have ME or rather no PEM since PEM was optional according to the criteria used in these studies, although PEM is the core symptom of this disease. So, if you use criteria where PEM is not mandatory, you would be doing the same thing as setting up a clinical trial for cardiovascular disease where a large number of patients do not even meet the primary criteria for cardiovascular disease. Wouldn’t that cause a major medical fiasco?

Another important point is that, while it is great that you mention results from a study on another disease, we have not been able to measure objective progress with ME with these kinds of studies. In fact, the objective measurements at PACE and FITNET have been omitted in the final results or have not even been released. Access Denied!! Recently, there was a new clinical trial called GETSET, by Professor Peter White et al. in which no objective measurements were used at all and where all the studies were open label. A major improvement was that there were no recovery claims as was seen in PACE or FITNET.

Getting more ill after exertion is atypical to what normally happens, especially to me as a ballet dancer. And if you continue to push and not listen to your body, like the therapies of PACE and Nijmegen suggest you must do, you will only continue to get worse.  Millions of patients worldwide, including myself, have experienced this. These are not the patients who suffer from only CF but rather the patients who truly have ME with PEM as the core symptom.

Fortunately, there is a real paradigm shift happening in America. Both the 2015 IOM Report and the Centers for Disease Control and Prevention (CDC) website emphasize Post Exertional Malaise and getting more ill after any effort with M.E. And CBT and GET are no longer recommended by the CDC as treatment. The Agency for Healthcare Research and Quality (AHRQ) actually decided not to accept CBT / GET studies and criteria based on the infamous Oxford Criteria anymore, where you only need 6 months of fatigue to get a “CFS” diagnosis, because there is no evidence that the results are really based on patients with ME and PEM. Also, the director of the National Institute of Health (NIH) wrote a blog about ME and PEM. Fortunately, a solution is being sought out through biomedical research which also actually affirms what patients have been saying for a long time – that it’s not a good idea to exceed your boundaries because it can cause (permanent) deterioration to the point of needing wheelchairs and being bedbound. Surely that’s not your intention, Mr. Keuter?

Finally, I wanted to discuss the “militant CFS / ME branch” – the branch of people who are accused of not only threatening scientists, but also stopping science from finding a solution for this disease. I am homosexual and a ballet dancer with ME, and as a gay man, I am baffled by the treatments of both. Obviously regarding the stigmatization, but even more so that therapies were used to “cure” people of their homosexuality. In the year 2017 in the Netherlands, this is generally regarded as madness. How could this have ever been possible? But still it happened and in many places around the world this is still done. Unfortunately, even here in the Netherlands.

The similarities are also seen with ME. ME is not the first disease this has happened to. Just look at M.S., Parkinson’s, Tuberculosis or stomach ulcers. But history keeps continuing to repeat itself. While for me as a ballet dancer, who is highly aware of what their body should feel like, this does not match at all what my body is telling me.

Professor Steven Lubet wrote a really great blog about this issue and about a lecture by psychiatrist Michael Sharpe, one of the PACE authors. Mr. Sharpe also complains about the militant M.E. patient, but here too, history seems to repeat itself.

After many protests of “militant homosexuals”, homosexuality was only removed from the Diagnostic and Statistical Manual of Mental Disorders(DSM) in 1987, and homosexuality was no longer seen as a mental disorder. A good sentence from the blog is this:

“Many leading psychiatrists no doubt considered the protests as harassment or even anti-science, but in fact they were simply pro-humanity.”

It therefore seems to me quite inappropriate to accuse patients of militia while they are in fact voicing well-founded criticism, and here too mostly on the role of psychiatry.
Remarkable is that, as Mr. Faas wrote, the court ruled that the claims of threats were exaggerated. Trudie Chalder, one of the main authors of the PACE trial, under oath finally admitted that those threats had not happened.

What purpose does blaming patients serve? I think the only thing patients are asking for is to get better, and for humane treatment, i.e. pro-humanity. With the current CBT and especially GET treatments and attitude of science that supports these therapies, that won’t happen because the current models are just completely flawed.

Attempt to stigmatise ME/CFS #PACEtrial campaigners reminds me of when I protested aversion therapy for LGBTs https://t.co/0qrPIxZYuT @QMUL

It is slowly getting increasingly painful to read that clinicians and scientists still claim that ME is in some way a behavioral or psychological problem. Not so much for the patient but rather for the clinician. If you look at all the studies (9000 at the time of the IOM report) there is simply no evidence that this is a disease due to psychological suffering or that it can be solved by behavioral interventions.
You clearly seem to have a different opinion. So how long can you keep this up? There is absolutely no basis for it. According to Wilshire et al., the claim that patients can recover through CBT and GET is not supported by the data and this claim is highly misleading to clinicians and patients considering these treatments. Absolutely, it is not supported by the data (either subjective or objective) of PACE or FITNET. Data just does not lie.

So in order to answer your question of why CBT doesn’t work for ME, I immediately thought of Professor Simon Wessely, a British psychiatrist and a sort of founder of the current CBT and GET model for ME. He explains that ME patients, compared to other illnesses, respond worse to CBT’s placebo effect, probably due to their expectations and skepticism. However, in other medical conditions such as MS, Lupus or Rheumatoid Arthritis, there is no claim that the treatment cures the disease, as it is still the case with ME. If hospitals (again) would start promoting CBT as a cure for these diseases, wouldn’t these patients be as skeptical and have low expectations too??

It is clear that the “militant” ME patient is no longer alone in this fight. Because it unfortunately is indeed a fight. I think the idea that only the patients are waging war is over. Here you can read an open letter to Psychological Medicine signed by more than 100 scientists and patient organizations. Patients and scientists are capable of seeing eye to eye just fine, there is no problem there.

So my question is: are you sure the problem is with all these millions of patients worldwide who indicate that these therapies do not work? And do you also feel the problem lies with those top scientists who now share the opinion of the patients? Or is it time we take a more critical look at the scientists who still claim that these therapies work despite evidence of biomedical research and data that does not lie? Why do these scientists stick to these unproven and debunked hypotheses? To me this seems more a problem of the scientists themselves than the patient? Why do they subject people and children who are very ill to this? I have some thoughts on that. But let me put it in your own words. “You may guess why.” 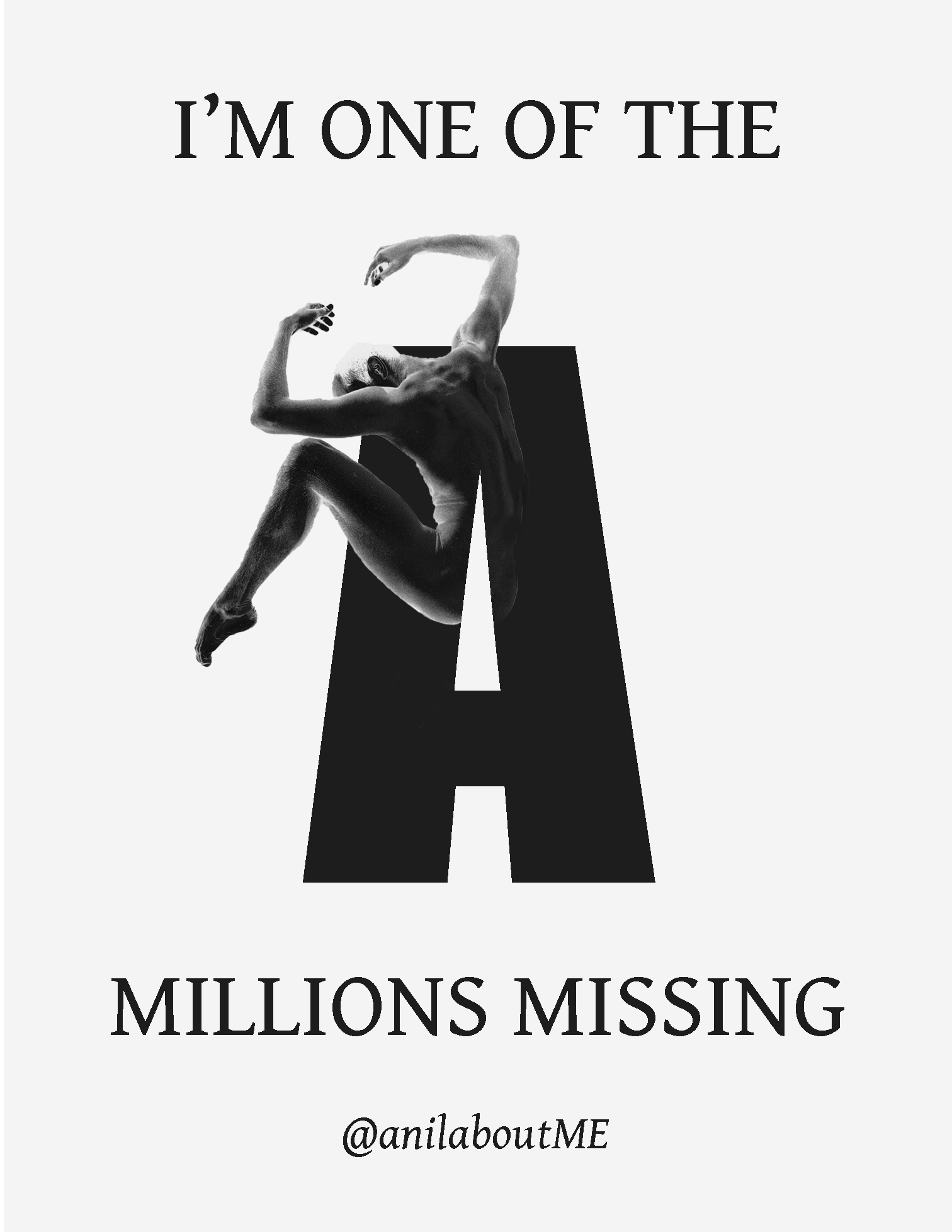